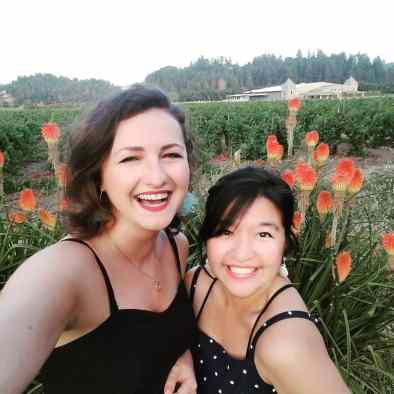 If it seems like it’s been forever, that’s probably because it has. Don’t worry, though – we’re still boo-ing it up over here! In fact, the photo above was taken in a roadside field (a non-serial killer one; I mean, just look at those flowers) during one of our bromantic weekend getaways, as cars sped past with drivers probably shaking their heads at “these damn selfie-taking millennials!” So, while our jobs and hair (you’ll see what Jayne has done to her mermaid locks in a few scrolls) might’ve changed, rest assured that we sure as fuck haven’t.

We did, though, finally manage to go to The Wizarding World of Harry Potter last year! 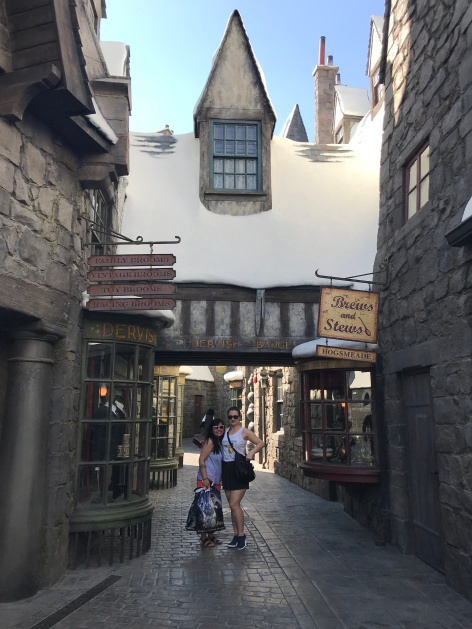 During which Jayne bought absolutely everything. She budgeted for this.

And yet, she still felt compelled to return just a few weeks ago – you know, to stalk Ollivander and get chosen by her wand. An Elder one. With a skull on it. More on brand than the world can ever know. 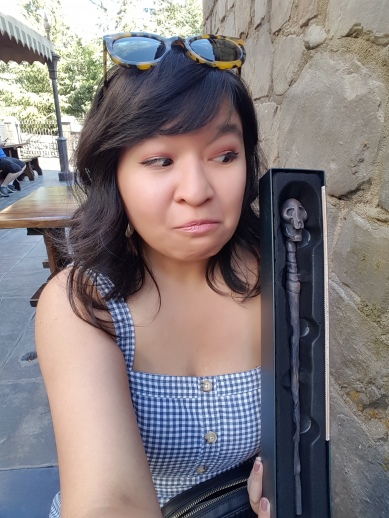 (Yeah, that’s what she did with her hair.)

Tatyana, meanwhile, has also cut her hair (and let it be known that she did it first–clearly the trendsetter, ahem). Now, she channels her inner flapper whenever the occasion arises (like Litquake festival shindigs) or wherever anyone orders a Negroni and lights a cigarette. 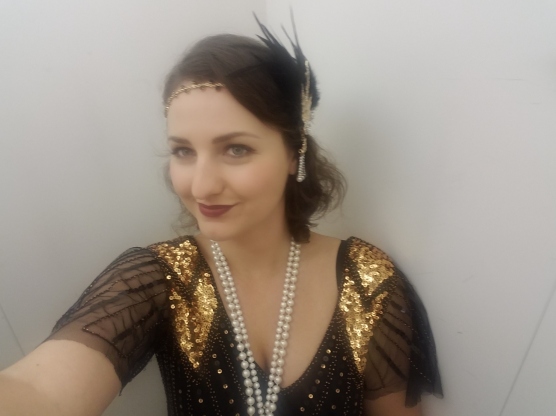 But most IMPORTANT of all, we’ve been working on this:

And guess what? Just a mere seven years after our second two-week whirlwind spree in The Wild during which we wrote all 79,000 words of our first draft, we find ourselves with a polished, final one. It’s ready, y’all – and it’s just about to spring from the nest and try its luck out there in the world. They grow up so fast.