Because T and I are living in a tiny, adorable town heavily populated by pick-up trucks, tree houses, porch swings, and extremely relaxed, surprisingly nonchalant deer, I find myself embracing a little bit more country in my usual repertoire of a little too much rock ‘n’ roll. (And not just in music.) 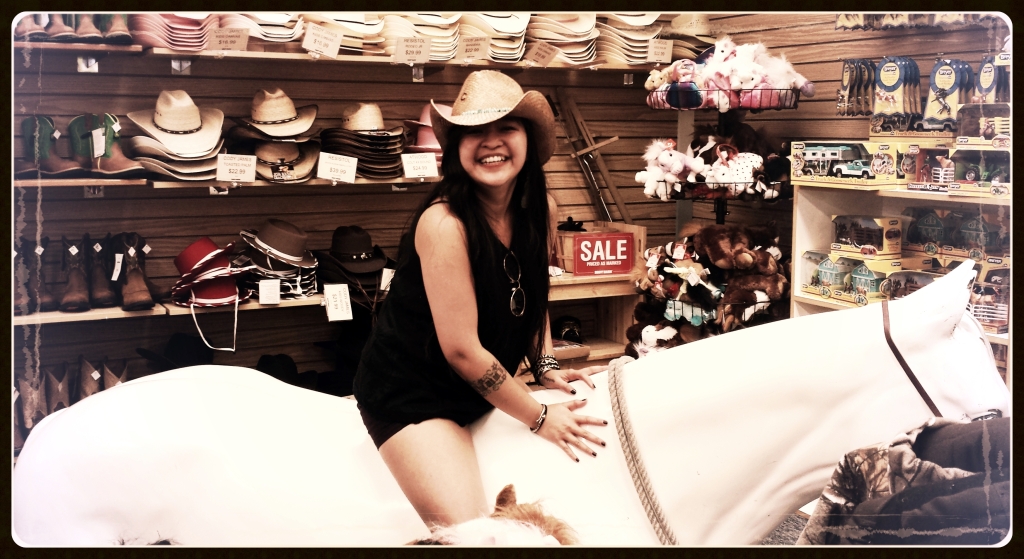 And while I’m not a stranger to the songbooks of country greats like Willie Nelson and Johnny Cash (my true blue homeboy – so much so that we even share a birthday!), and can even very often be found blasting the tunes of Hank Williams III, I am still a girl built wall-to-wall with punk and heavy metal. Which is why I find the perfect compromise in Okkervil River, an alternative country/indie-folk group led by singer-songwriter, Will Sheff.

Every song in Okkervil River’s catalog is a direct result of Sheff’s keen attention to language, subtle wordplay, and story-telling prowess. He has, in short, the sensibilities of a poet, and it is precisely that quality that makes Okkervil shine. Consider the following a mere sampling of their genius, and a soundtrack of sorts for my tranquil, rural surroundings.

1. “(Shannon Wilsey on the) Starry Stairs”

Here, Sheff samples the familiar, feel-good beat of the Beach Boys’ “Sloop John B” to further highlight the titular muse of his song: a poet better known as his pseudonym, John Berryman. (Hence, John B. Get it? GET IT?!) To further pay homage to the late poet, Sheff draws heavily from his poetry, often using lines from Berryman’s work and scenes from his early life. Favorite line: “By the second verse, dear friends, my head will burst and my life will end, so I’d like to start this one off by saying, ‘Live and love.'”

3. “The War Criminal Rises and Speaks”

Perhaps the darkest and most poignant of Sheff’s songs, this takes listeners directly into the heart, soul, and psyche of a war criminal and, by the end, has us considering the possibility of evil emerging from anywhere and everywhere – including ourselves. Favorite line (sarcastically sung by Sheff): “Your heart’s warm and kind. Your mind is your own. Our blood-spattered criminal is inscrutable; don’t worry, he won’t rise up behind your eyes and take wild control. He’s not of this time. He fell out of a hole.”

That person you know who seems to like dooming themselves out of love? This song is about them. Favorite line: “I think that I know the bitter dismay of a lover who brought fresh bouquets everyday, when she turned him away to remember some knave who once gave just one rose, one day, years ago.”

For those angry, semi-violent tendencies we try like hell to repress for fear of jail and midnight shower rape. I’d give my favorite line, but the NSA would probably flag my ass (we live in Orwellian times, people). Let’s just say, it’s the first two.

6. “Calling and Not Calling My Ex”

Pretty much the perfect song for when you’ve stupidly let the love of your life get away. Favorite line: “You see me here on another quiet night. I will wait until another indistinguishable day arrives. I’ll decide where the light’s even and bright, where my life’s sweet as it’s slightly, disappointedly, just gliding softly by. … God knows I’m feeling really stupid now for ever having said goodbye.”

Structurally, this is my favorite Okkervil River song. Sheff takes songs with numerical titles and “plus one’s” them, then combines them with the titles of several other popular songs in a highly original arrangement. Also, it’s A LOT of fun to sing! Favorite line: “What’s new, pussycat, is you were once a lioness; but they cut your claws out.”

A beautifully told broken relationship between a mother and a daughter. Favorite line: “I know it’s easy to have me. But I have seen some things that I cannot even tell to my family pictures. And I’m full of fictions and fucking addictions and I miss my mother.”

The story of a girl named Cynda Moore, the asshole who ruined her, and the well-meaning boy she’ll never love who just really wants to protect her. Favorite line: “But if I could tear his throat, spill his blood between my jaws, and erase his name for good, don’t you know that I would? Don’t you realize I wouldn’t pause, that I would cut him down with my claws if I could’ve somehow never let that happen?”

In my opinion, the most BEAUTIFUL song Will Sheff has ever written about the complexity, manifold layers, and deeply-rooted inner violence of self-hate. Favorite line: “Nothing I’ve heard from you sounds sane or safe. Words falling down from the ceiling where the mirror is stealing the light to reveal us both tonight. And we’re both kneeling in the black pool of your shadow. You’ve cracked out of my head. Go back beyond the pasture, where I’ll smash your mirror till you’re dead.”

Did I miss something? Have a suggestion for a future Mixtape Friday topic? Drop us a line, leave us a comment, or tweet @theladybromance and let me know!